No indication of anti-Semitism HERE... (NOT)

The ballot in San Francisco looms nearer and proponents of the circumcision ban claim that their only agenda is to protect babies who have no ability to defend themselves, who are not given a choice not to circumcise. "It should be their choice to make when they're older, if they want it."

The Jewish community in particular, those who respect the Torah and Mitzvot and (at least minimally) believe that the Covenant of Circumcision is a fundamental tenet of our faith, is aghast that policies of czarist Russia and many other historically anti-Semitic regimes are actually being considered for a vote in religiously-free (and tolerant) America.

Proponents claim their is no anti-Jewish bias in the proposed ban. None. It's all about the babies.

Then what is this? 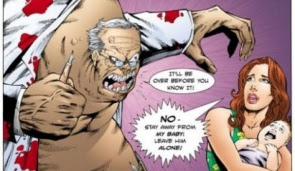 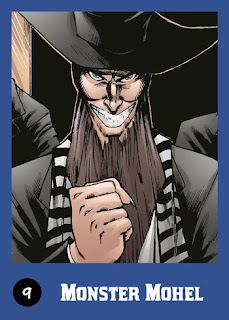 Handsome guy, that Monster Mohel. (No mohel who possibly looks like that wears a tallis that way, but what can we do? Anti-Semites never really know what a Jew is anyway. They just hate out of ignorance).

Seems like Der Sturmer (scroll down at that link) all over again (my grandfather smuggled out of Germany the paper that is shown here). In America? I'm SHOCKED.

But there's NO anti-Semitism here. None whatsoever.