My brother sent me this photo (taken with a smart phone - as I think the shadow indicates) of a list that is described as part of a "letter [which] lists twenty-one people circumcised by Moses Mendel Seixas between 1775 and 1796."

I hope the short list of a 21 year period is indicative of a small Jewish population at that time - and not the particular skills of the mohel in question. Although I am quite curious as to what the word that seems to say "dead" after 3/4 of the dates would indicate.
Were they written later by someone seeking the people he circumcised, or by some record keeper? Were they written by the mohel as a result of his work? Did he circumcise stillborns or infants who did not survive?

Or does it mean something else entirely? If anyone knows, please let me know! 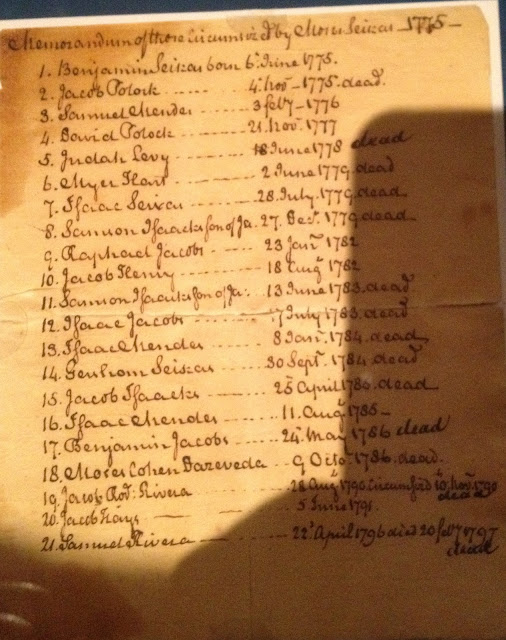